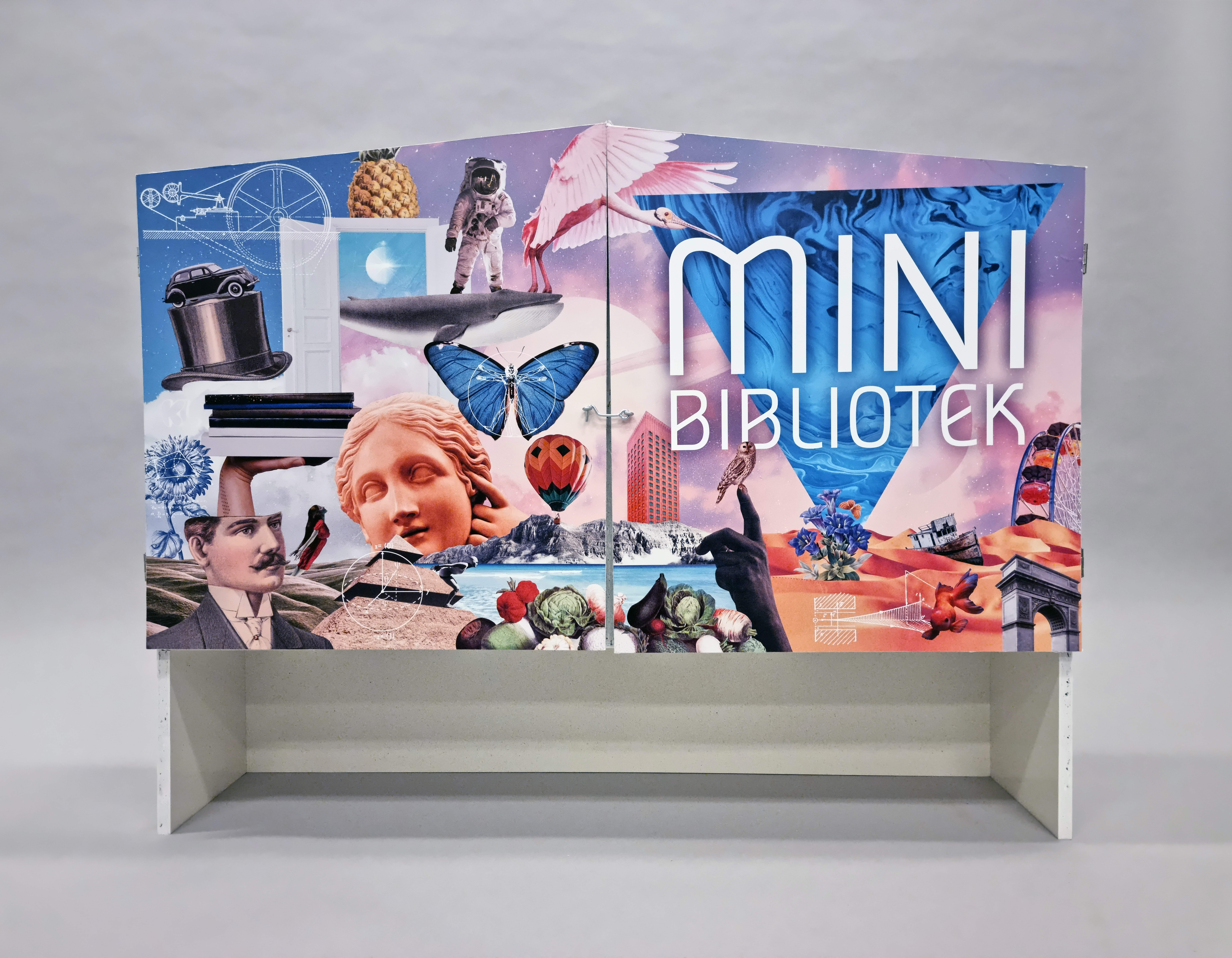 We were contacted by NBV, Nykterhetsrörelsens BildningsVerksamhet (the Sobriety Movement's Educational Activities), to come up with a nationwide campaign based on their history with study circles and involvement in public libraries. Due to the fact that Sweden has drastically reduced the amount of public libraries, we decided to bring the libraries to the streets for everyone to participate.

As a reaction to the fact that reading in Sweden is declining and that more and more libraries are being closed down around the country, NBV is opening 100 mini-libraries around the country to make literature available to more people. All hours of the day. With the aim of incorporating public education where people naturally move and at the same time enrich the street environment, the graphic mini-libraries are placed on electrical cabinets - in order to combine art with learning.

So, Sweden has drastically lowered the amount of public libraries. This has happened in almost every city across the country. And with NBV:s goal to promote public education, we set out to create 100 mini-libraries all over Sweden. We at Kollektivet Livet have always had a special relationship with electrical boxes, as they have been an instrumental part of some of our prior art installations. We found that these would make a perfect base for the libraries. Now all we had to do was to simply measure the average electrical box (102 cm, if you were wondering), and start designing a library that would fit on top of the box and hold a reasonable amount of books.

After successfully designing and building a prototype for the standard library, we had the idea that out of the 100 libraries, we would make ten a bit more special to give the project some extra magic. Our so called heroes.

Also, we where now also in the phase where we had to figure out a way to fill the libraries. And with the amazing help of 21 publishers we would get a total of 8000 books to distribute in the 100 libraries. 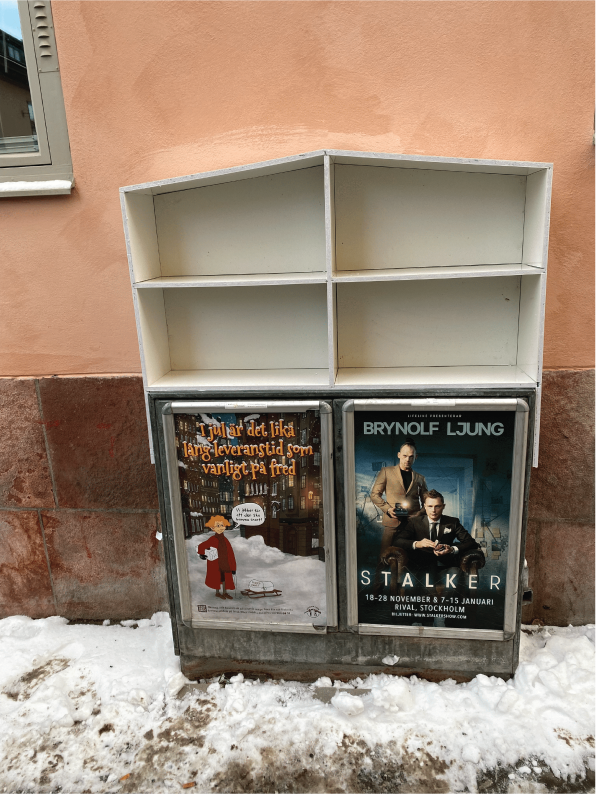 Back to the standard libraries. The thing about designing and building 100 mini libraries is that every step on the way is, well, times 100. This means that the base has to built 100 times, the foiling has to be done 100 times and the four hinges for the doors has to be put on 100 times (400 hinges! 6 screws on each = 2400 screws, and thats just for the doors). A fairly gruesome process for three friends. But with the backup of our dear network we got Felix, Magnus, Zeth, Laban, Marc and Carlos to help us out. 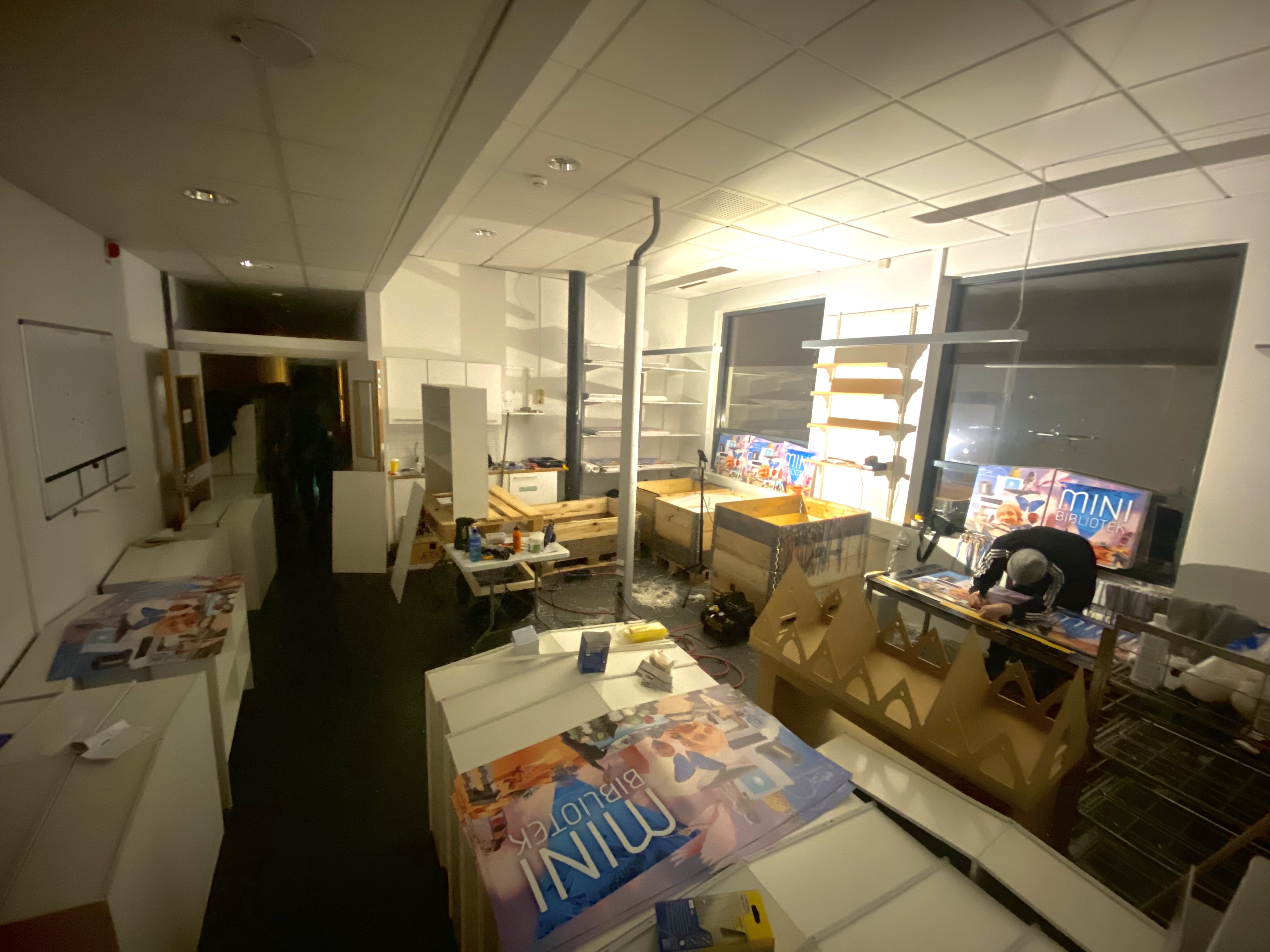 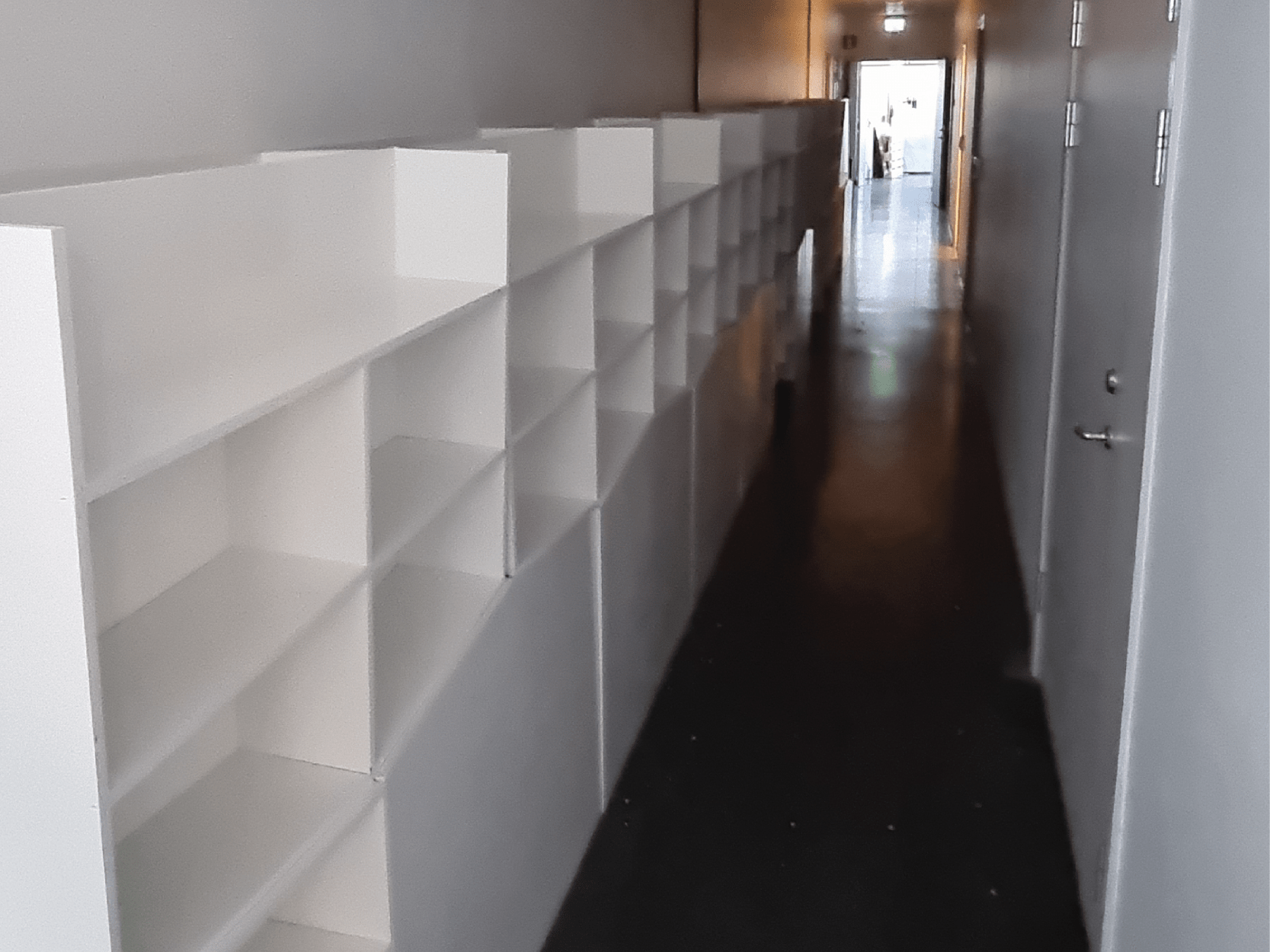 Okay, we need 10 hero libraries that will give the campaign an extra push. The first idea that was actually part of our pitch was to make a miniature of Stockholms Stadsbibliotek. The same principle as the standard library, place it on a electrical box looks like Stadsbiblioteket and has some cool lights and also has an extra shelf with miniature people who are reading, like one would to at a normal library. 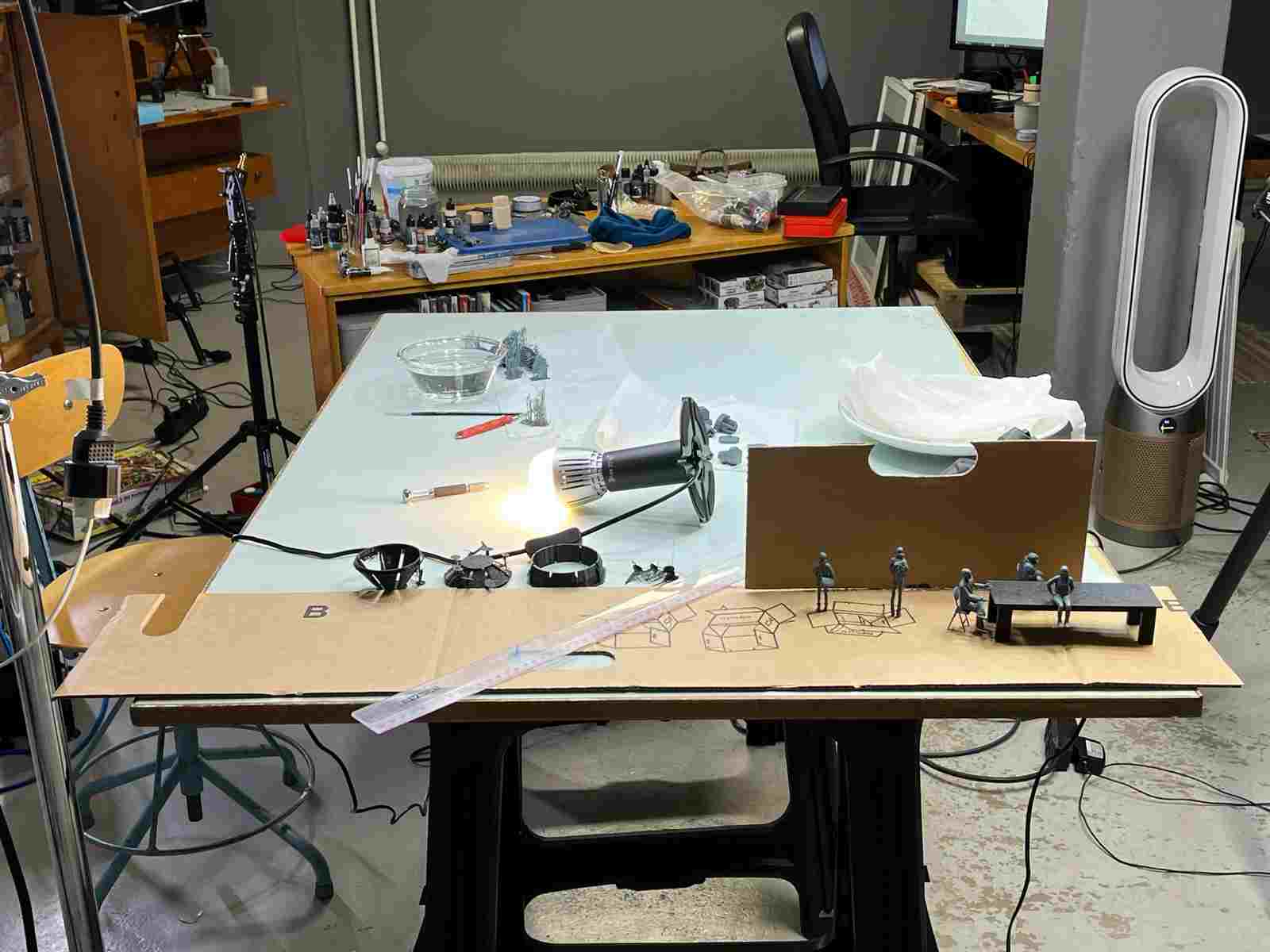 This first idea would spark the rest of our ten heroes. This would include a tribute to Falafel by Youssif, a falafel truck in Malmö owned by the man credited with bringing falafel to Sweden, a miniature of Varberg Kallbadhus, the most southern and most northern library in Sweden, an homage to the Stockholm subway system and also a mini-mini library for the smallest readers among others. 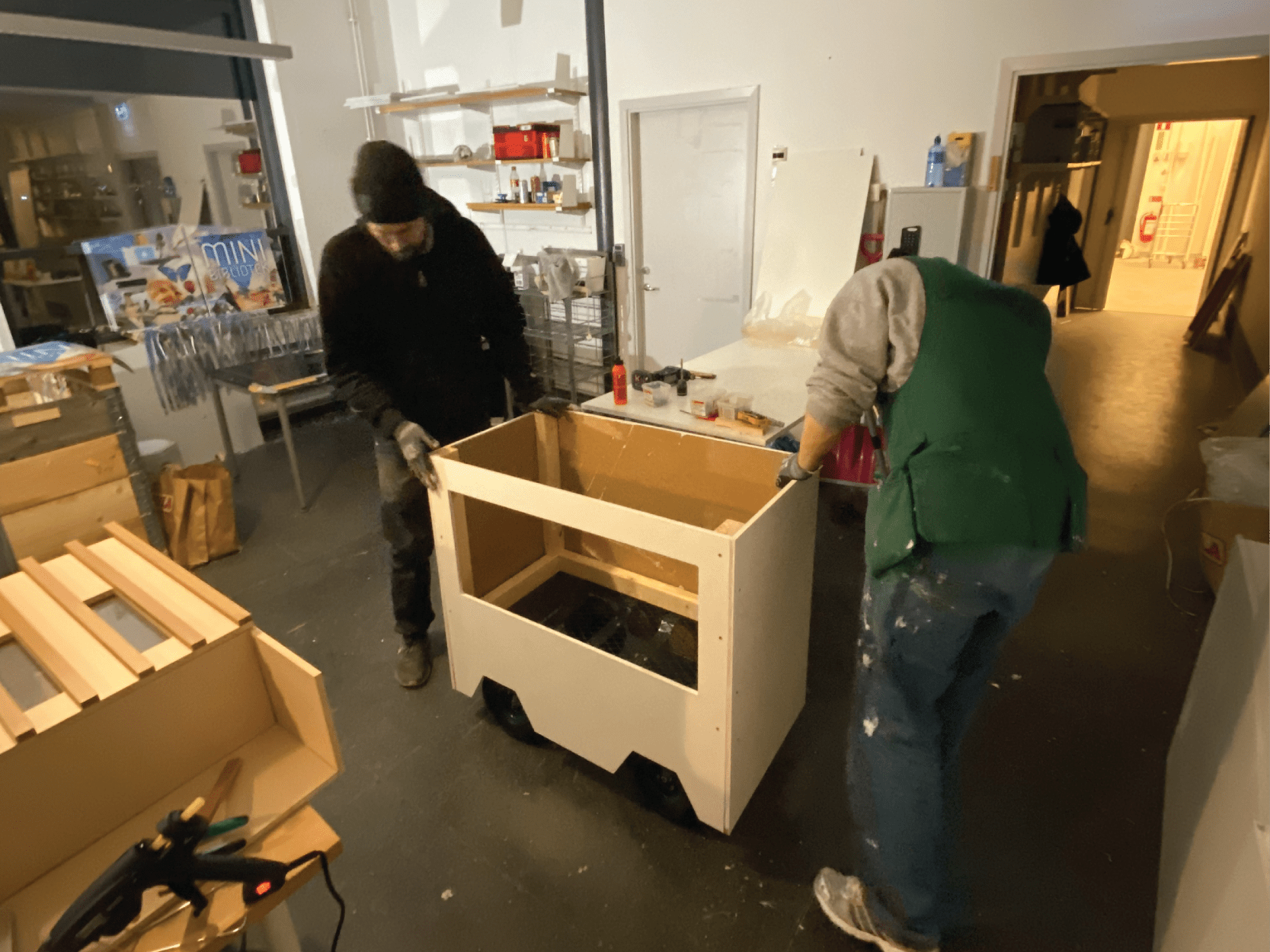 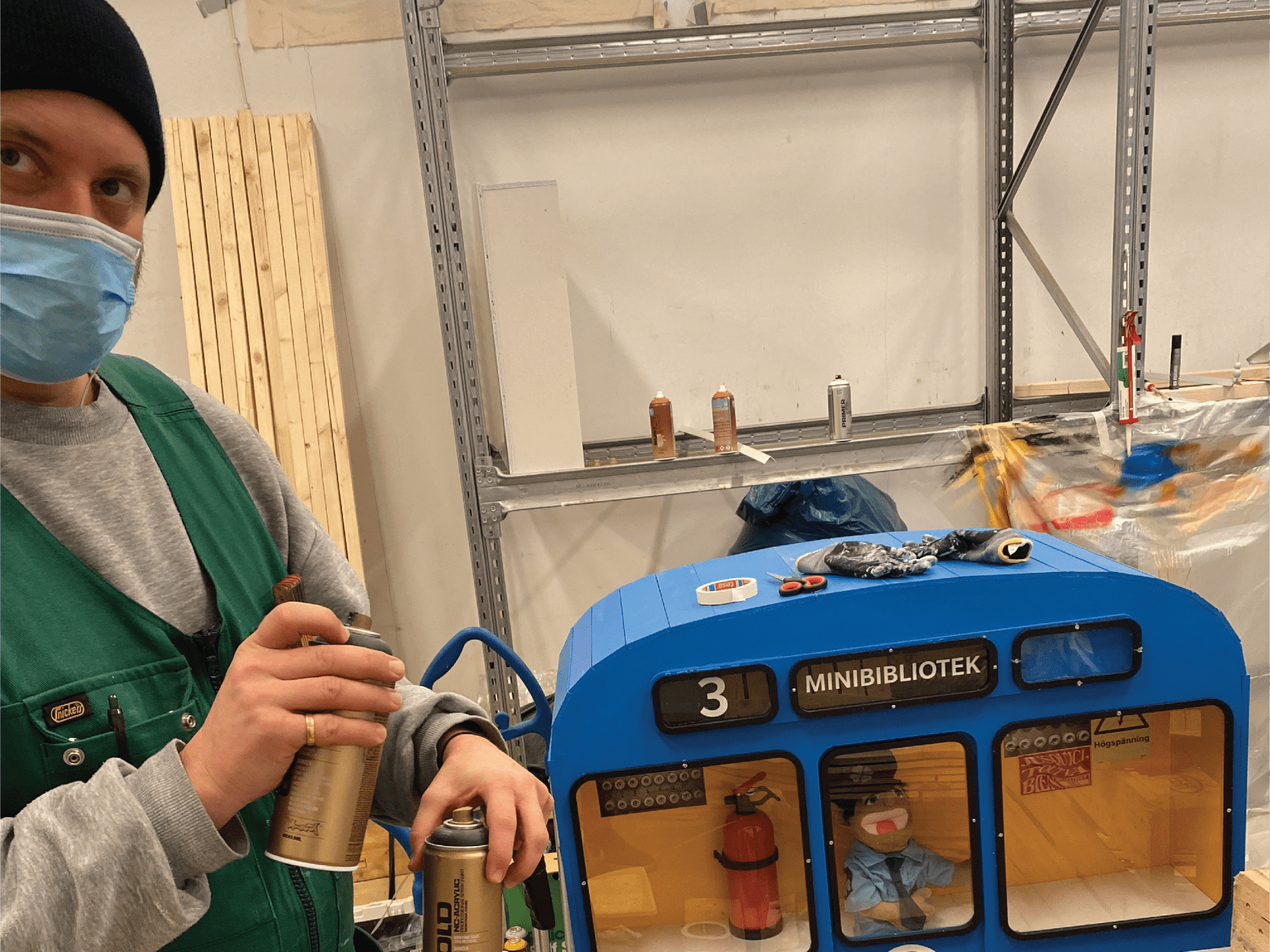 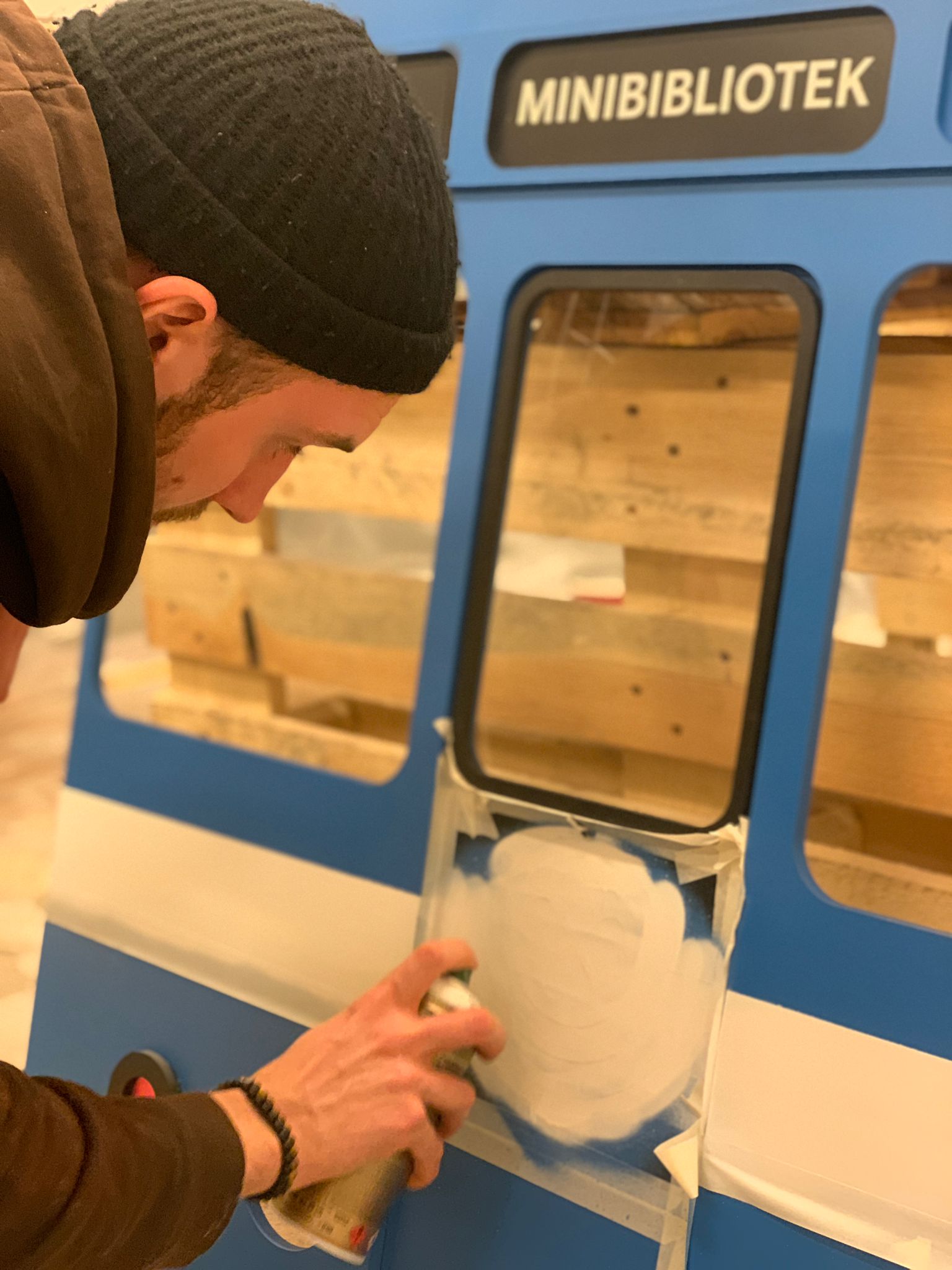 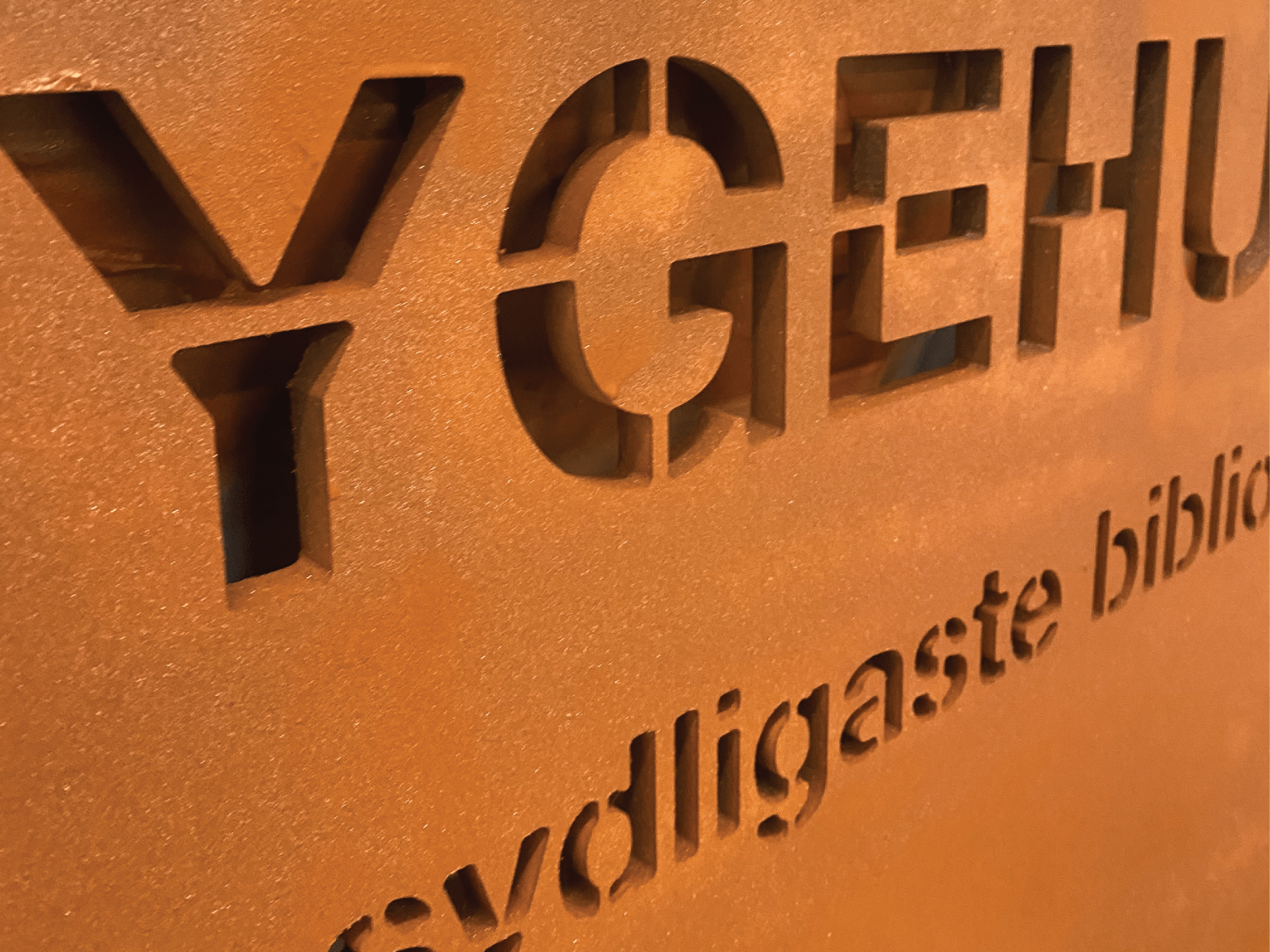 Since COVID had make quite the comeback in december 2021, getting ahold of materials and to find suppliers were harder and more expensive than before. This all led to us having to compromise and think of new ideas of how to proceed with the project. However, we are really happy with how all of the libraries came out. With 90 standard libraries and 10 heroes, we were ready to pack our trucks and with the help of Alice, Ida-Maria and Marc we made our way through Sweden and got them all up within a week!

This is the result: 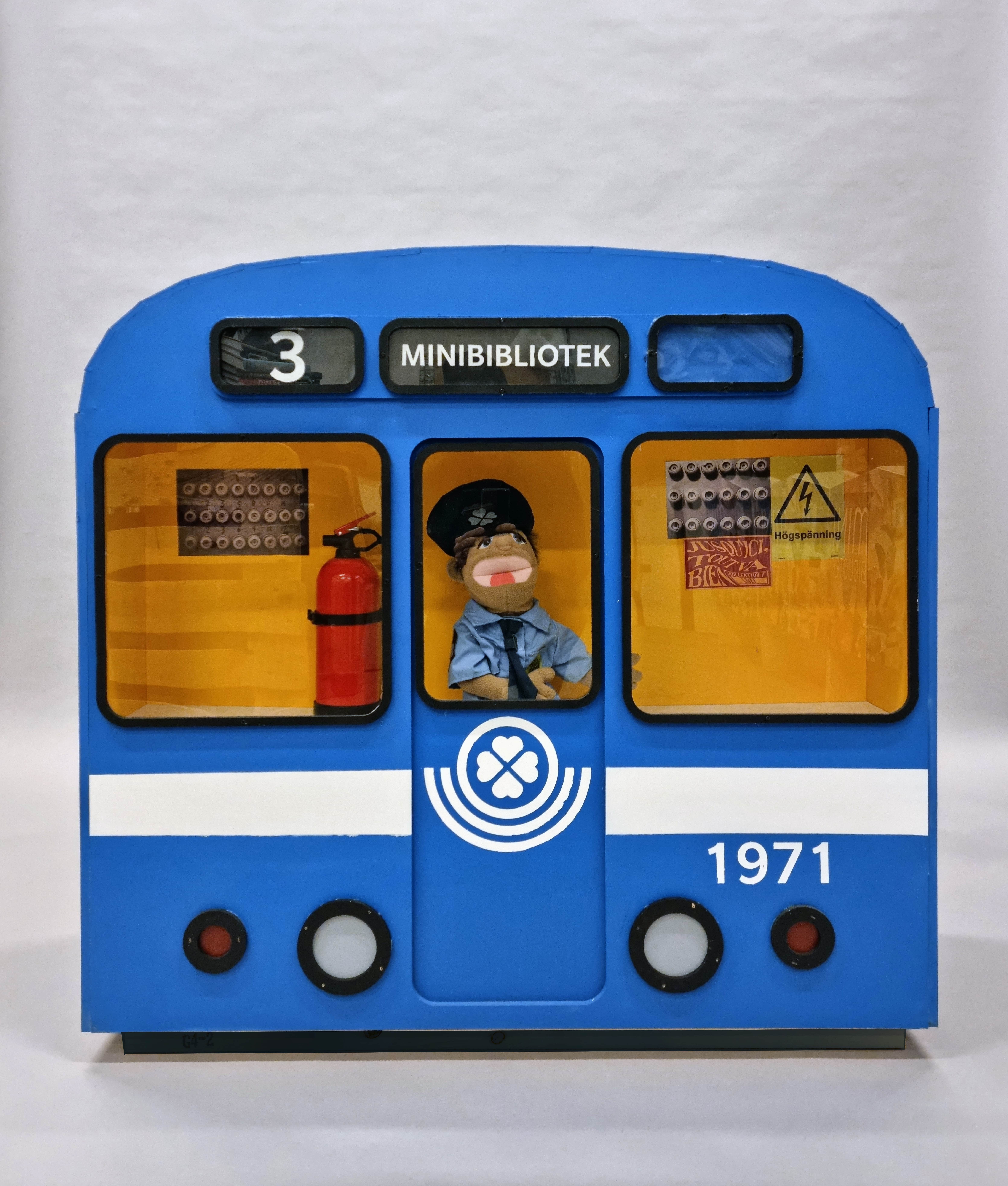 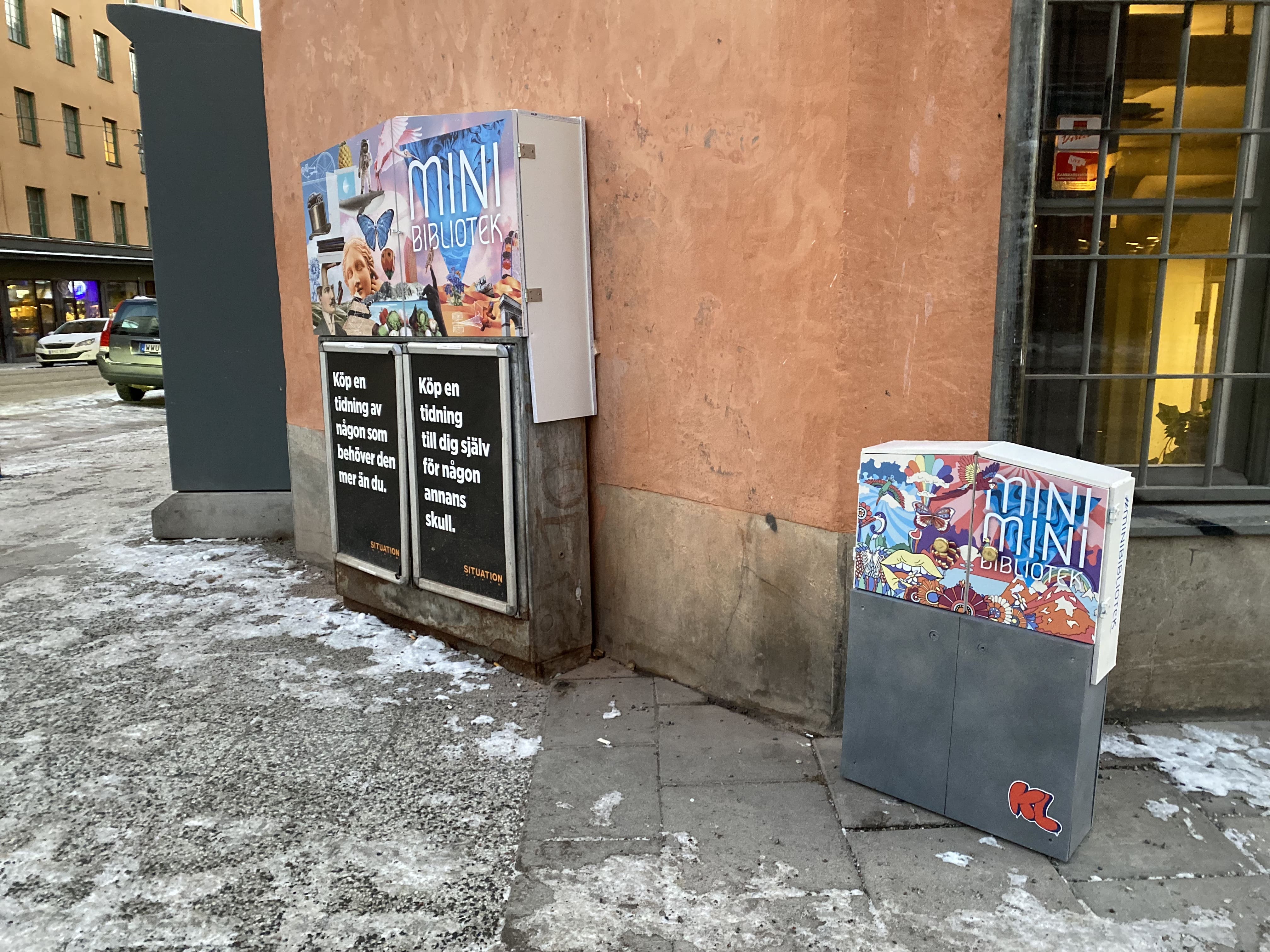 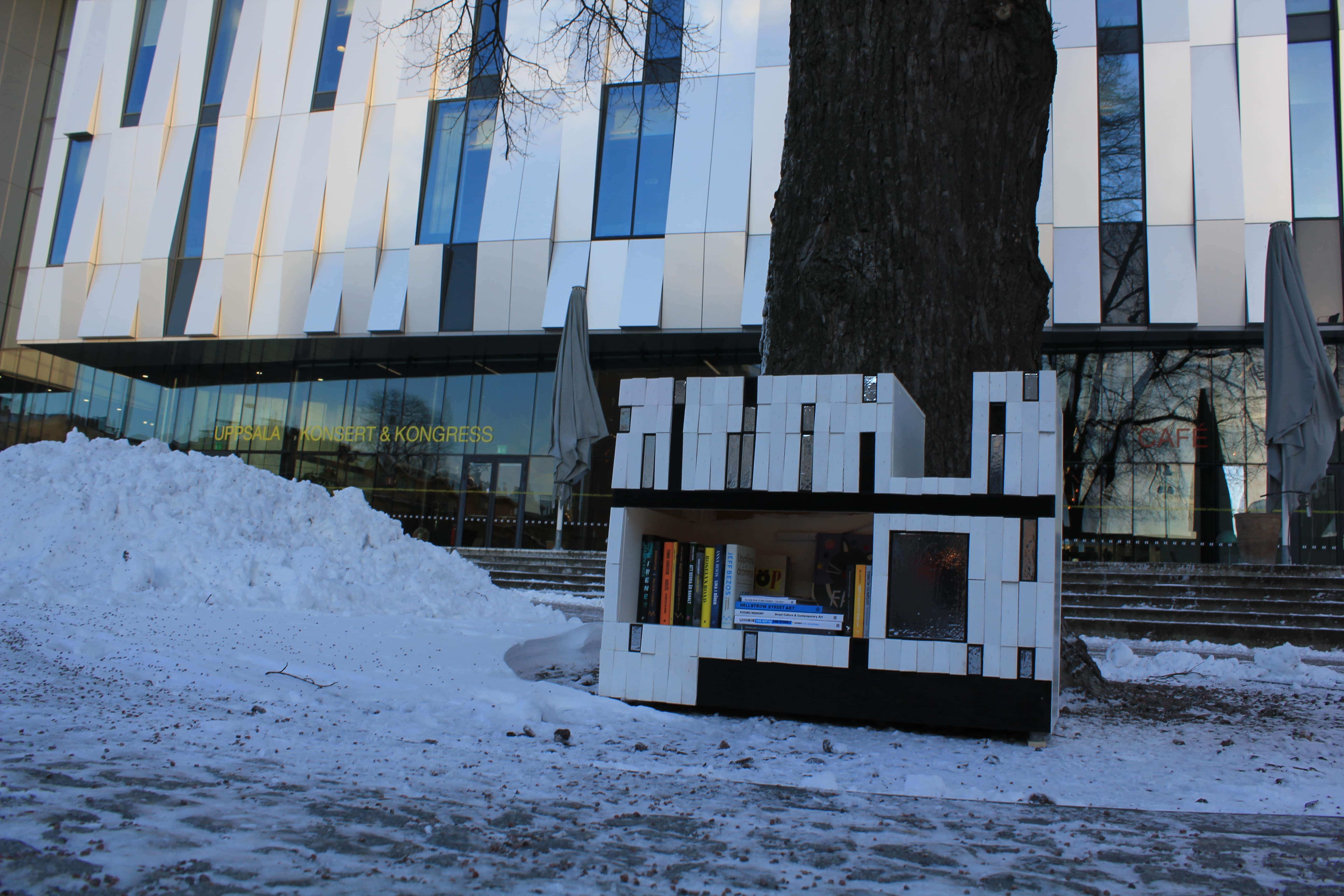 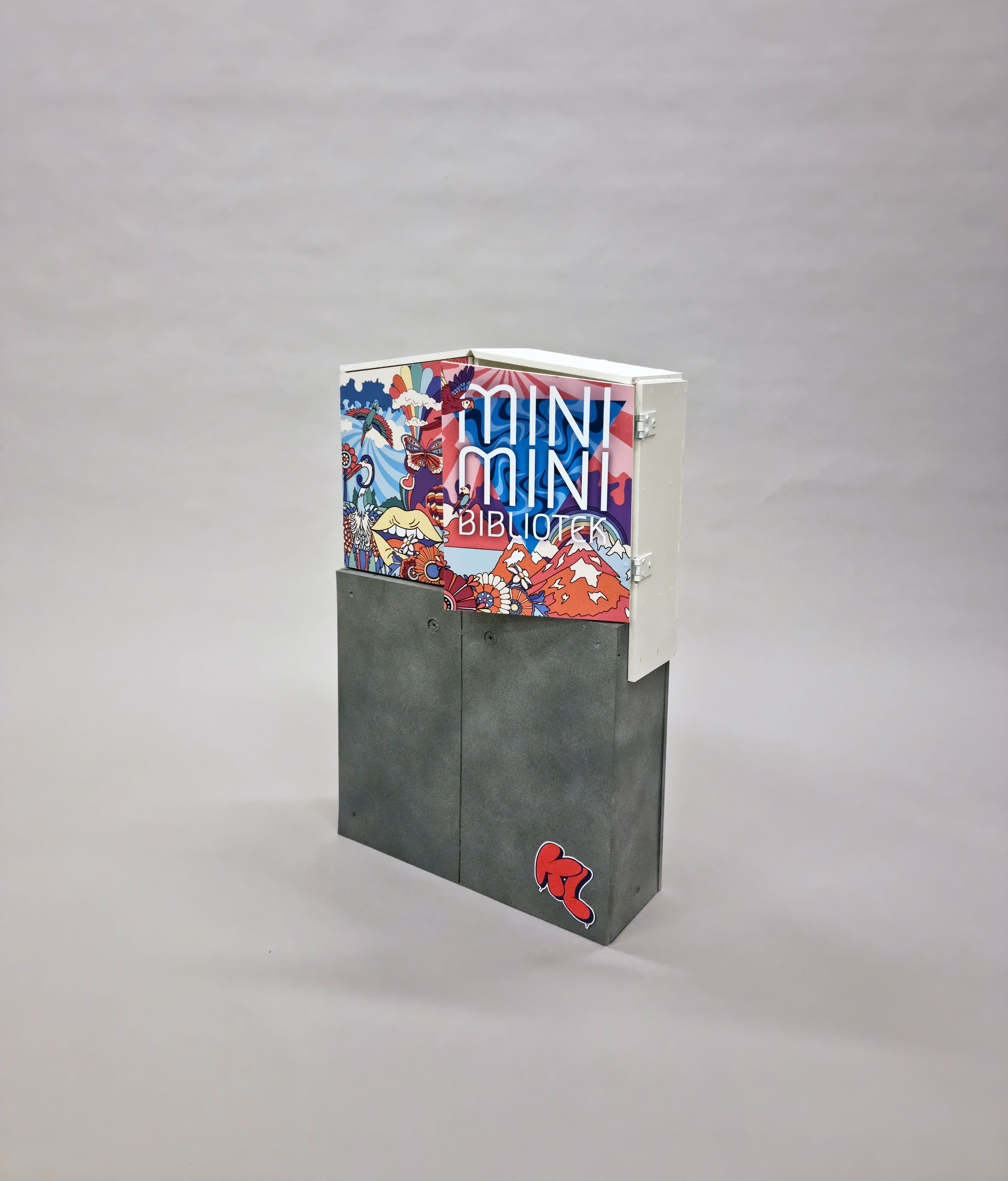 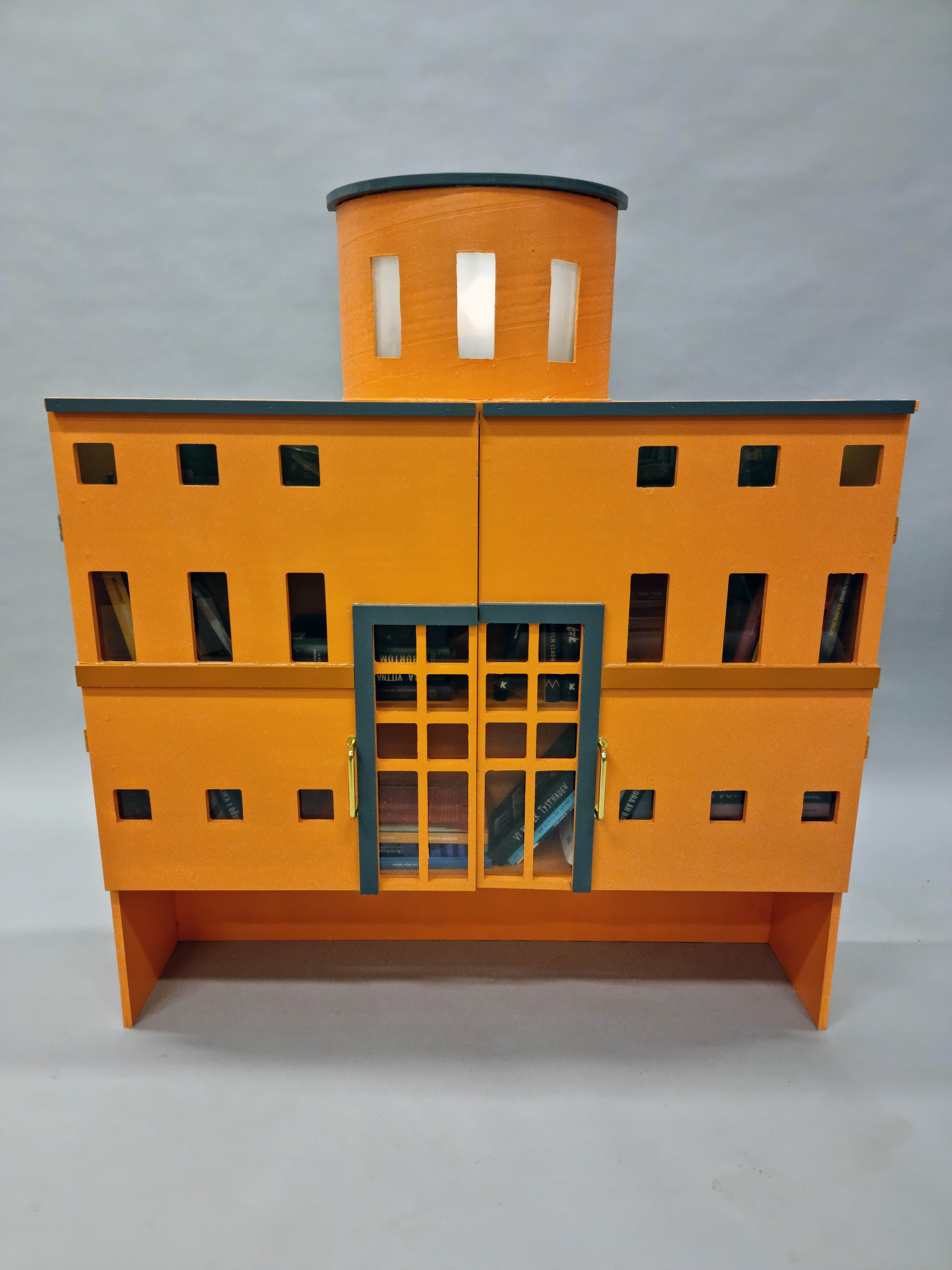 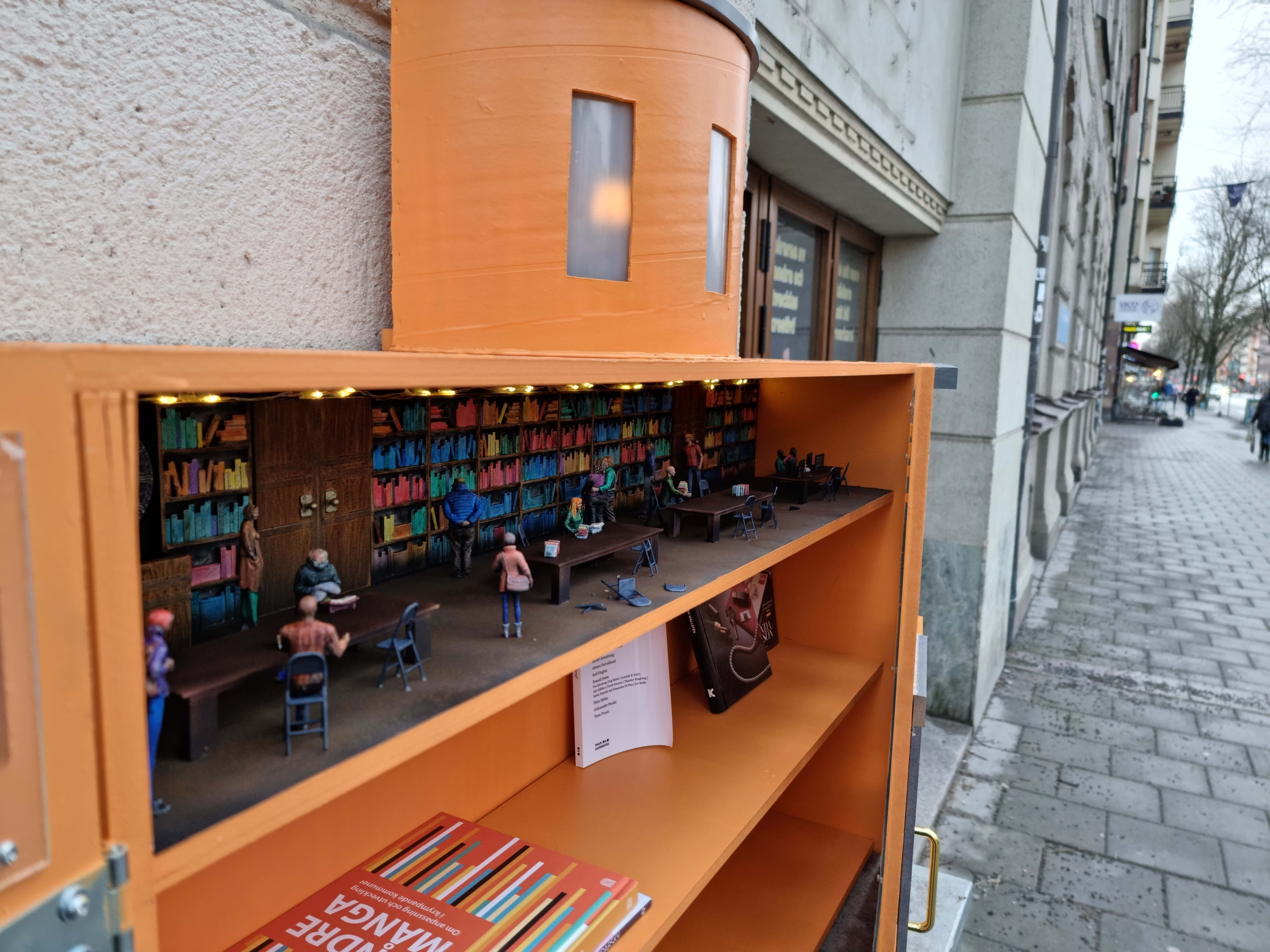 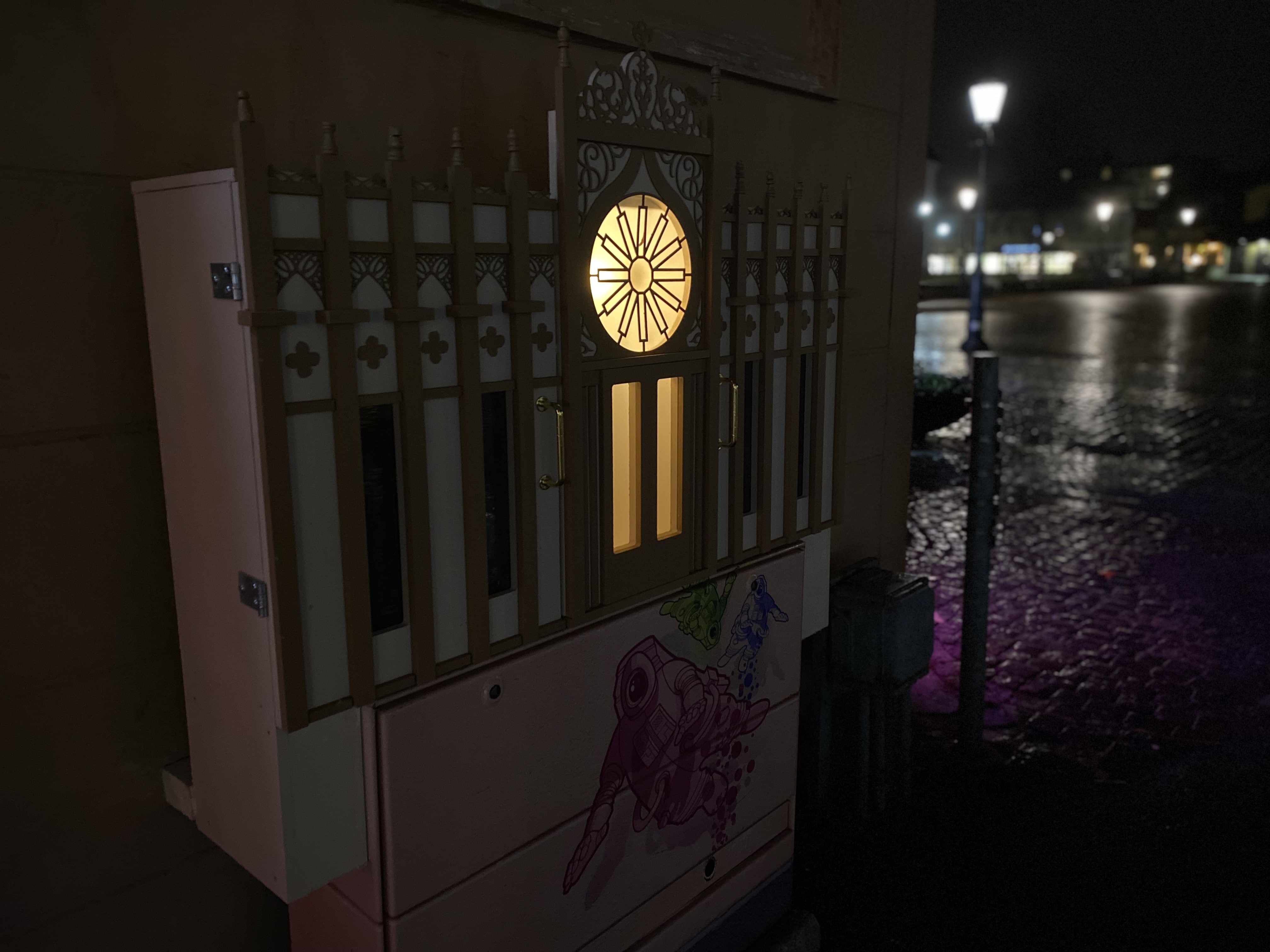 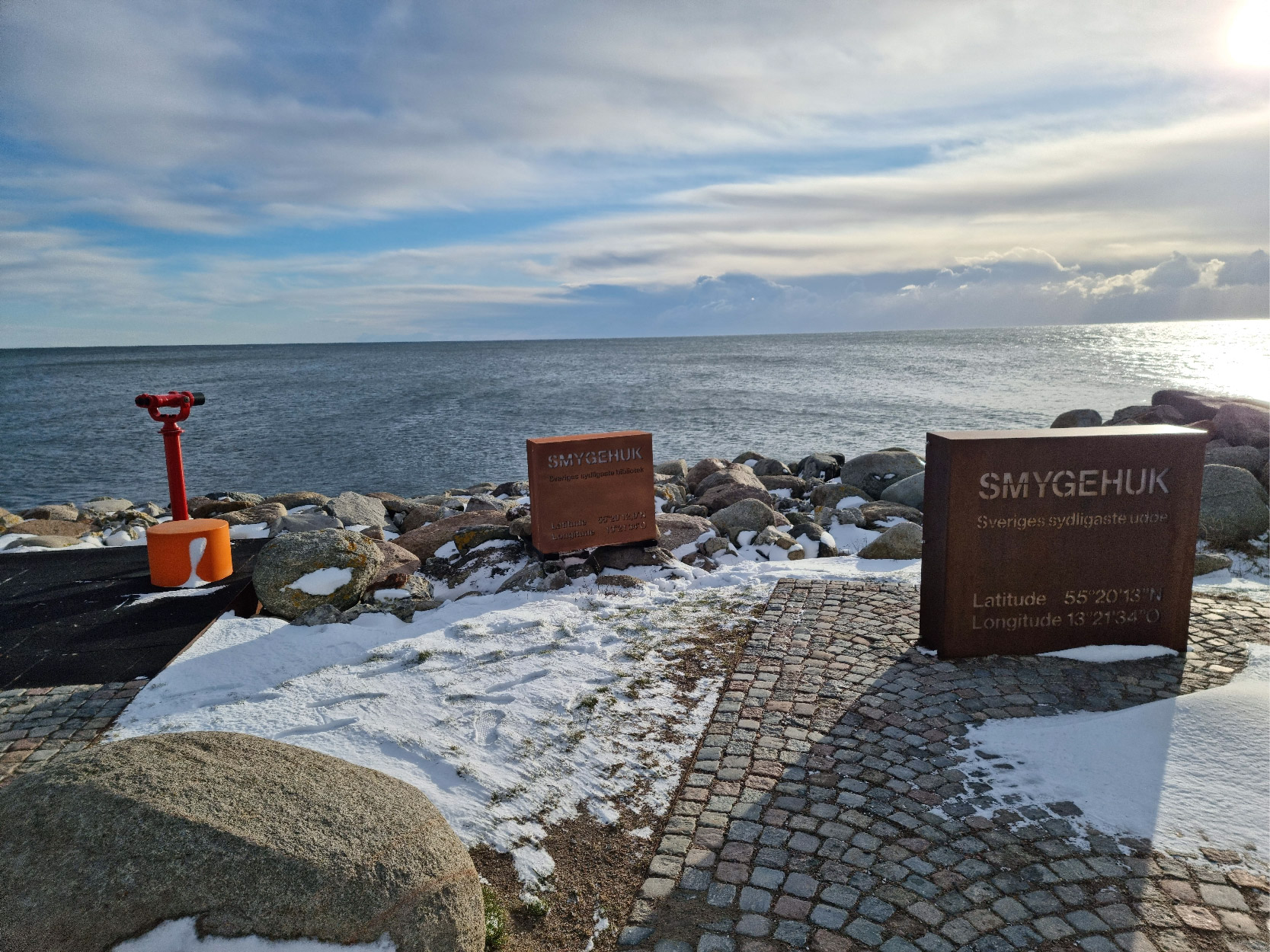 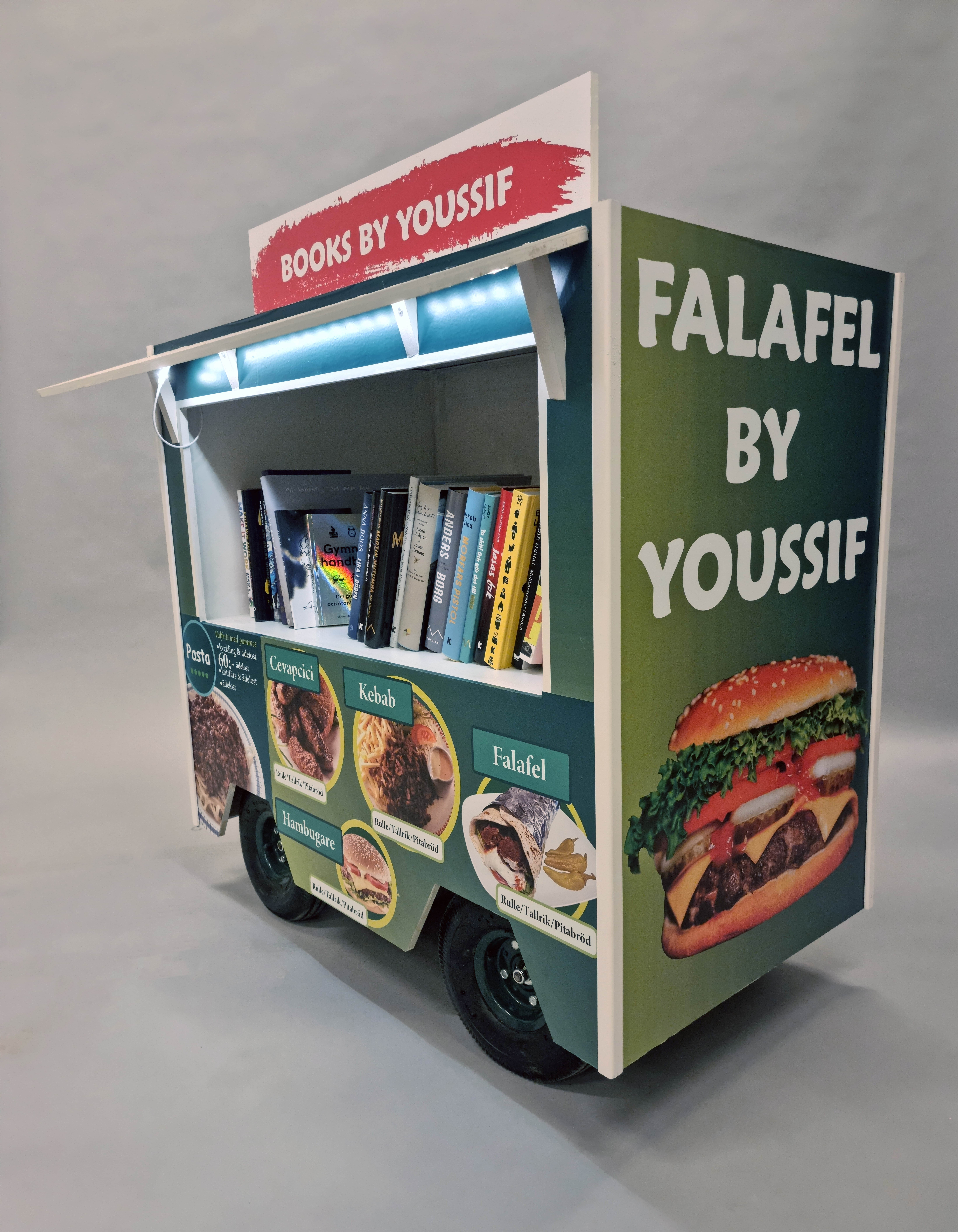 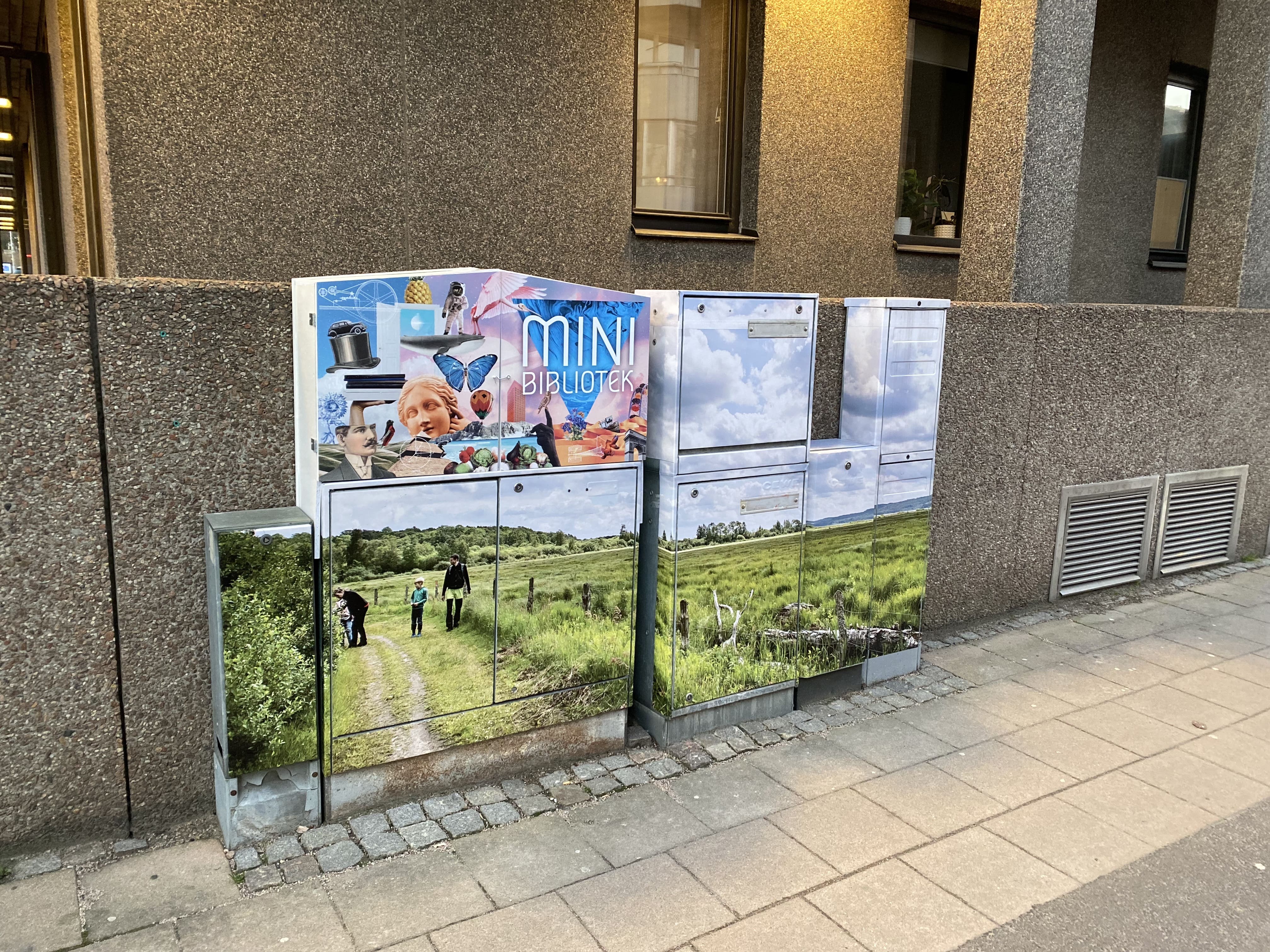 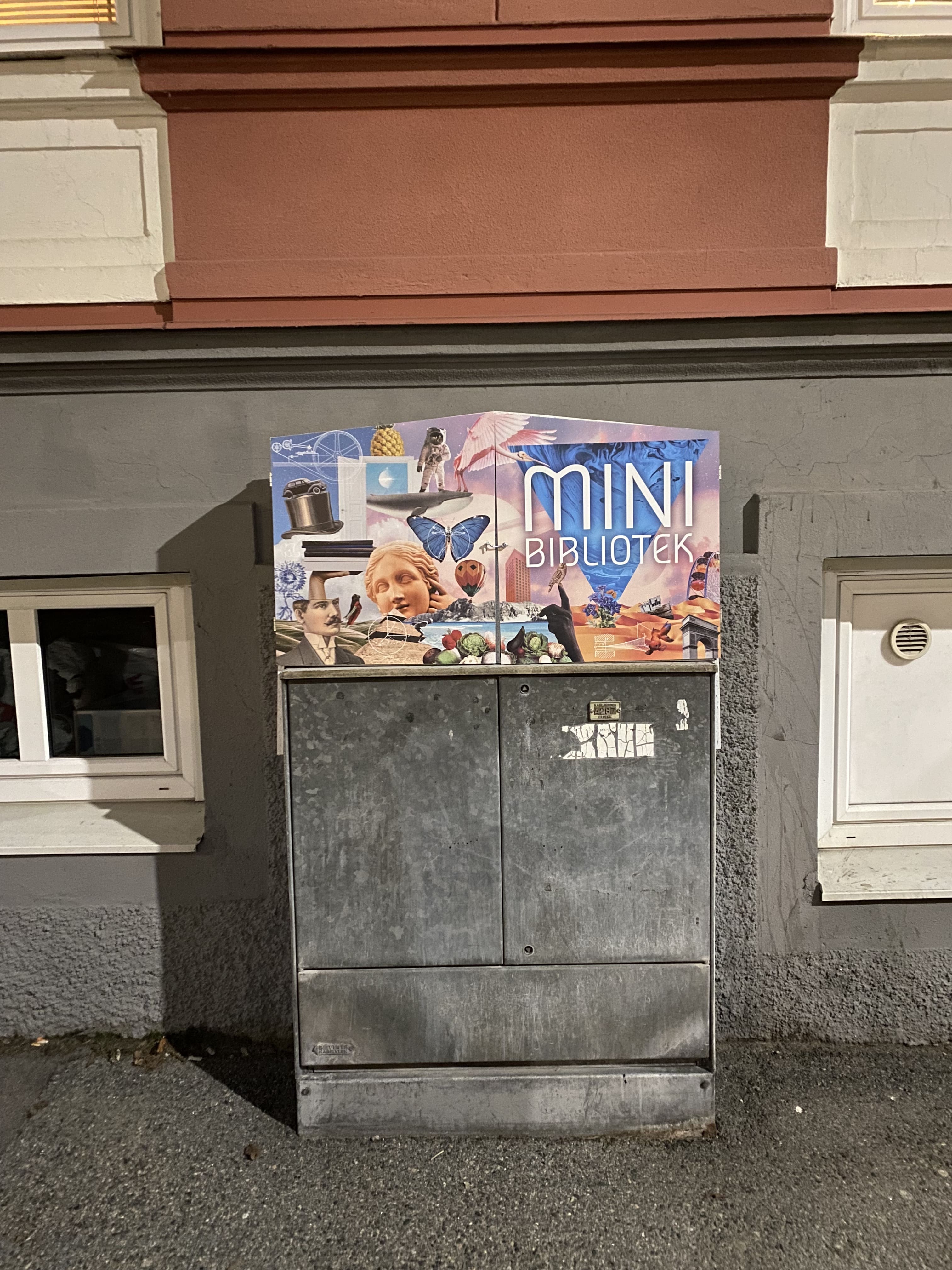 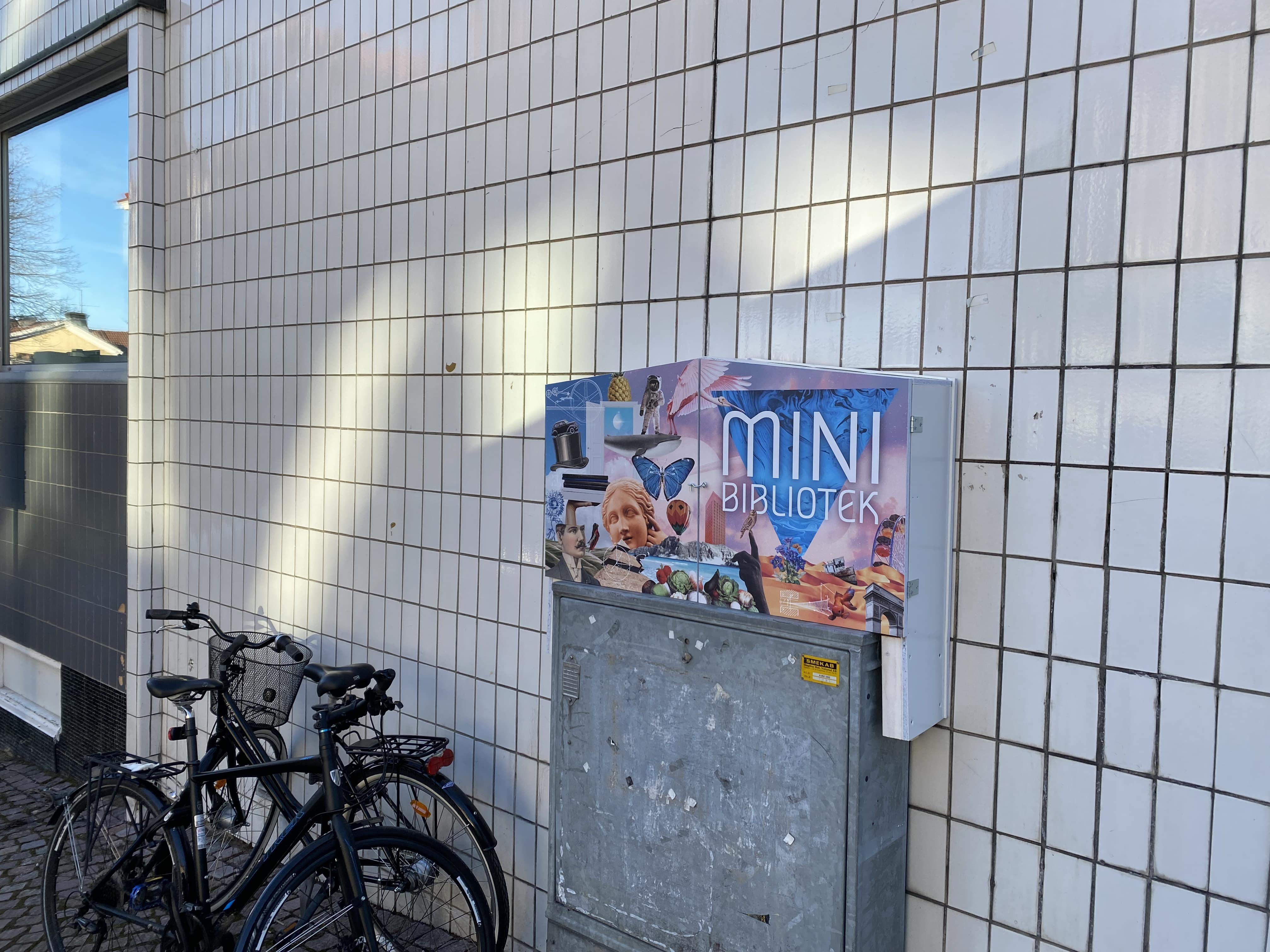 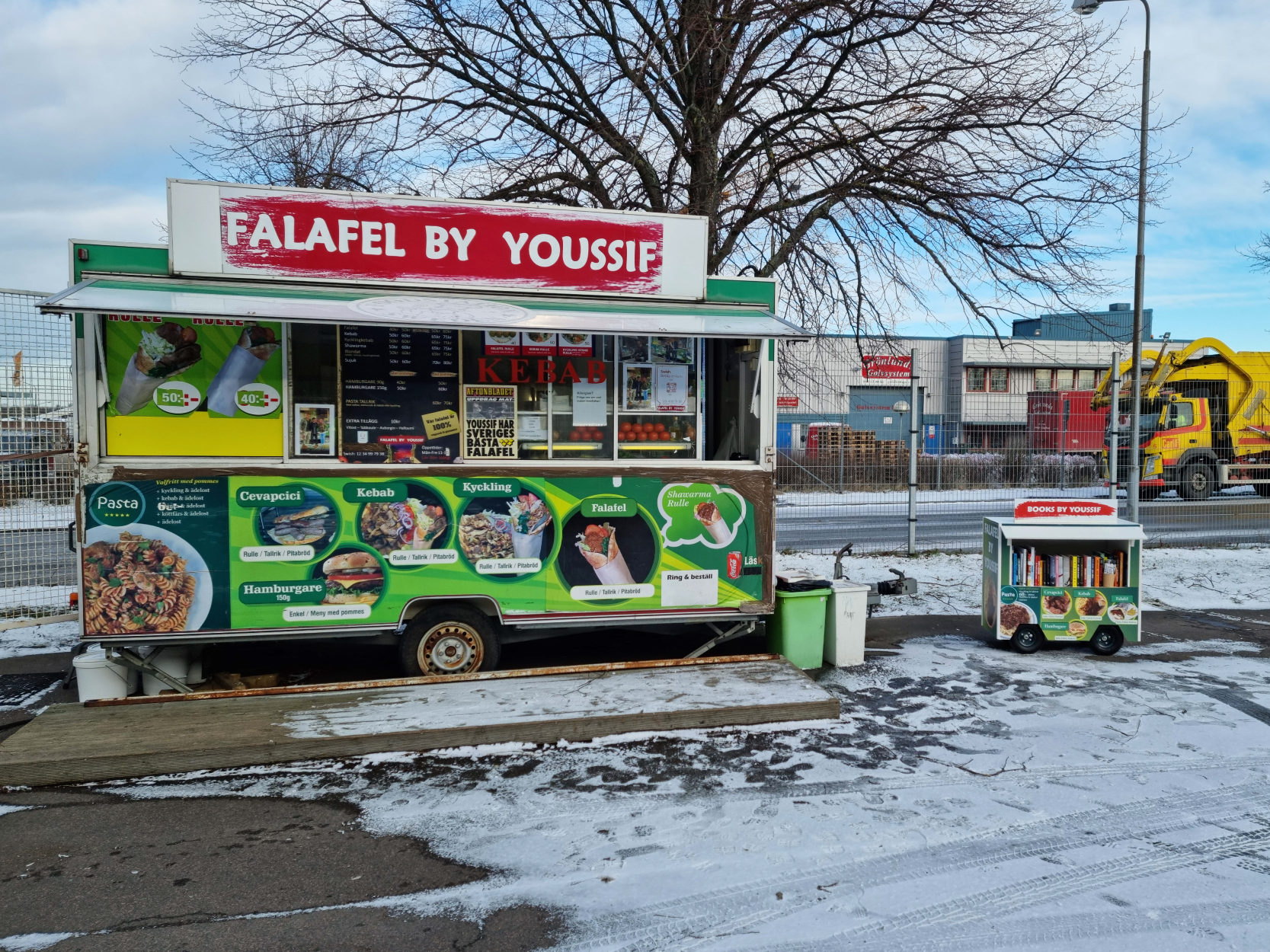 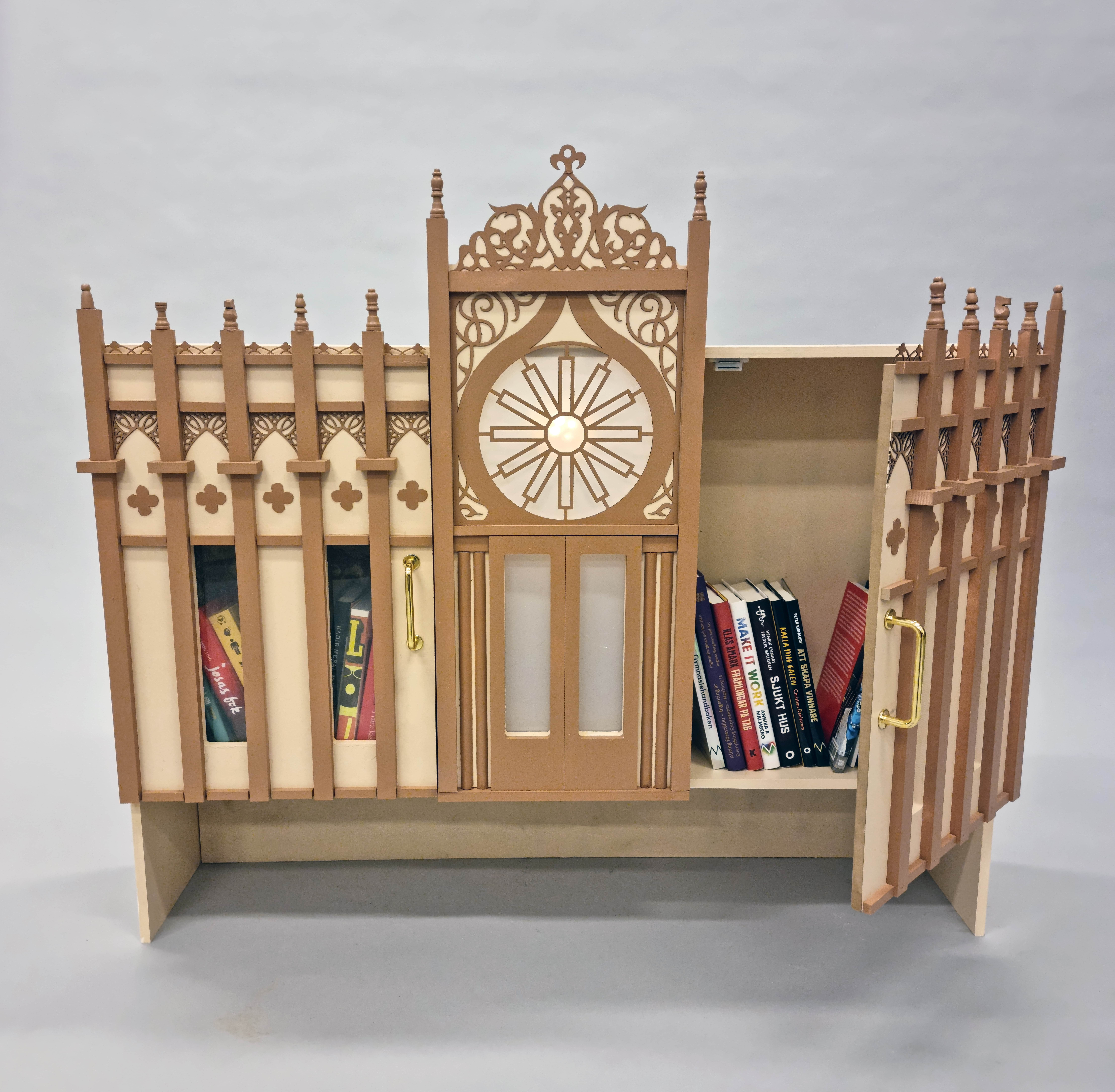 A library is not a library without books. And we had 100 of them that we needed to fill, and we knew the libraries could fill up to 80 books. Again, since we are dealing with 100 libraries that meant that we would need 8000 books. Since the libraries themselves were fresh and clean it did not feel very good to fill them with old dusty books that you find at flea markets. But also, if a book costs 150 kr in store, 8000 books would cost us 1 200 000 kr. And that was a bit much for our budget. So we decided to reach out for help, and with the amazing help of 21 publishers we reached our goal and managed to get all of our libraries filled with quality books.

Thank you for helping out, it would not have been the same project without any of you! 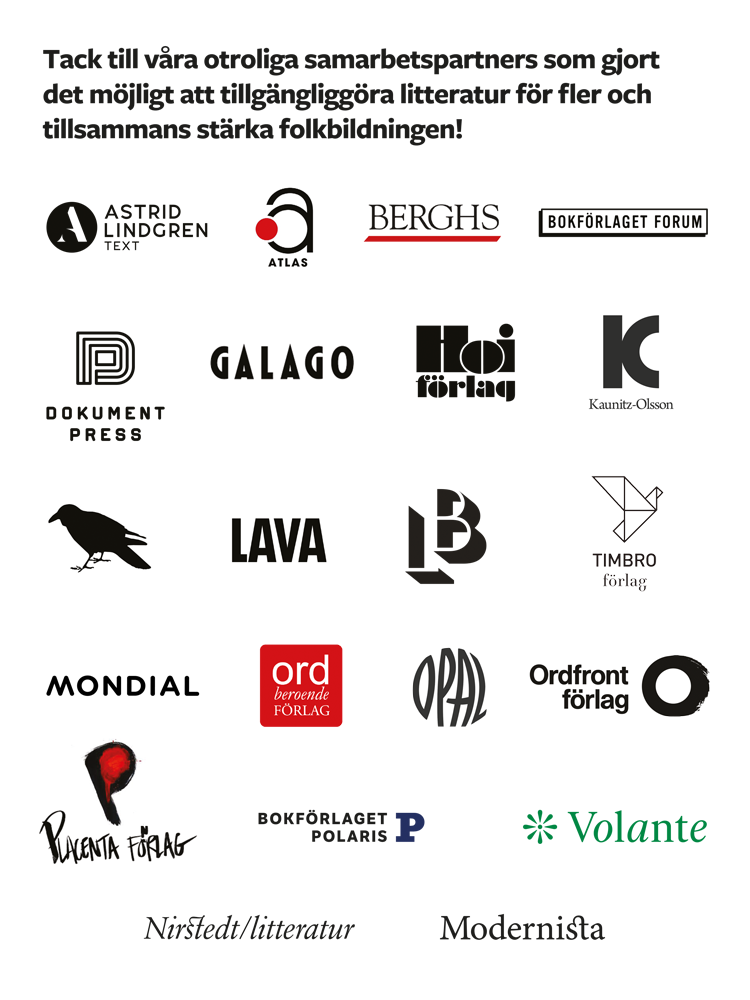 The campaign was launched on the 20th of January, the project got a lot of coverage, both through social media and various media outlets.